Presented at the exhibition ‘1000 Years of Hungary’ 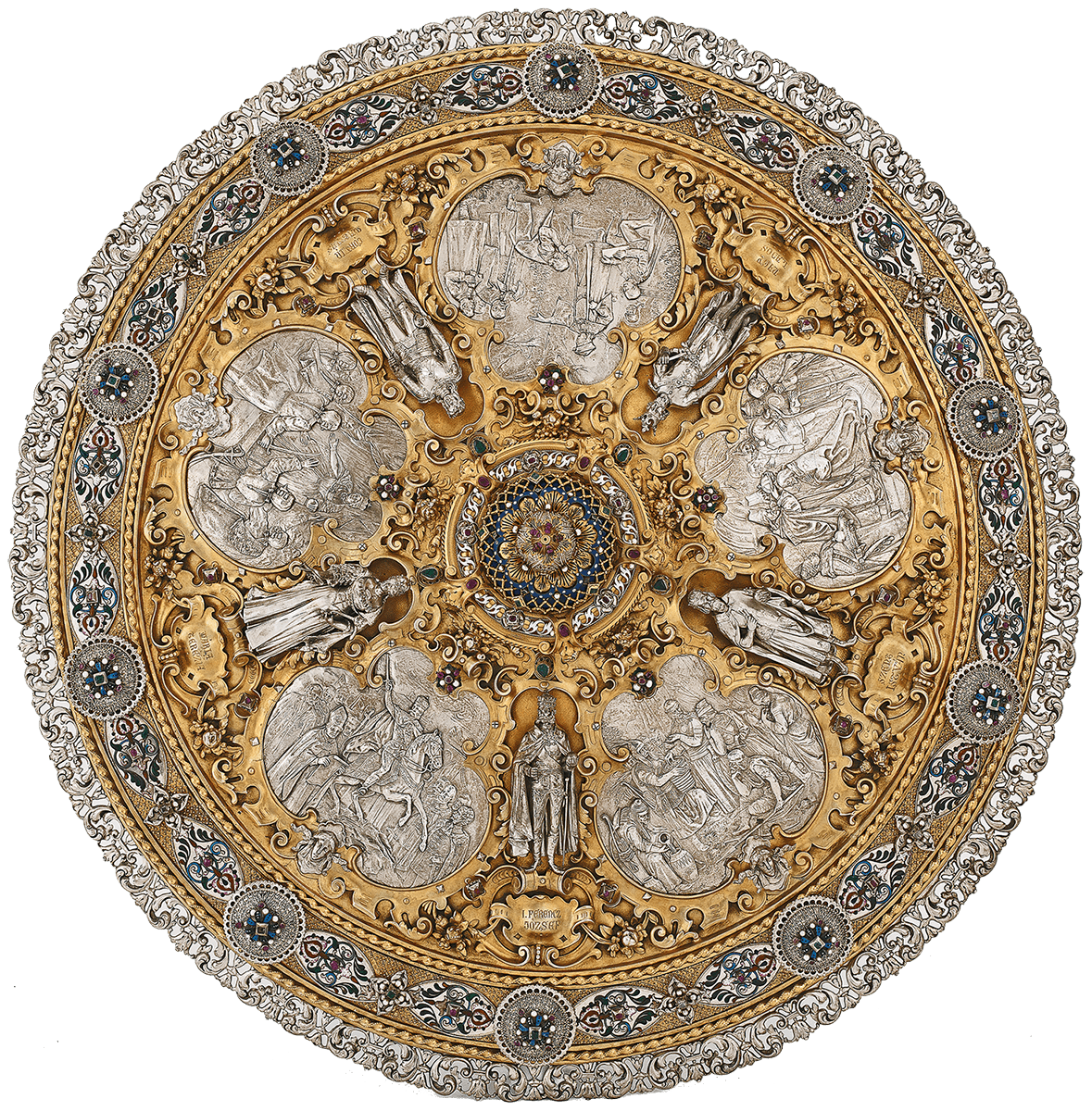 The large circular and domed plaque was modelled on an ornamental shield dating from antiquity. With a diameter of almost 80 cm, it is unsuitable for carrying, or indeed as part of a suit of armor and served purely representational purposes. The magnificent shield was created and exhibited to mark the occasion of the 1896 millennium celebrations in Budapest to mark ‘1000 Years of Hungary’. It depicts important historical moments of the thousand-year history of the country, from the Magyar conquest in 896 to the imperial and royal monarchy.

No dedication or early details arounds its commission have yet been found, making the historical photograph of the exhibition pavilion of Bachruch, the Court Jeweller, all the more valuable, as it documents the exhibition of the ornamental shield in Budapest in 1896. Another, somewhat smaller, shield is shown beside it in the exhibition case; however, this has not yet been identified in any further detail.

The silver edge of the ornamental shield is filigree openwork, alternatingly showing oppositely arranged acanthus leaves and a blossom, which coalesce to form an ornamental belt. This is followed, radially inwards, by the actual outer gilt edge of the shield, which is formed by round filigree rosettes and ogival elements, enamelled in white, green, blue and red.

The shield is dominated by five large silver reliefs and five three-dimensionally modelled figures of Hungarian kings and queens. All are set against a gilt background, framed by sculpted scrolls and strapwork interspersed with blossoms. The centre is set with a large, multicoloured rosette. Some other small, symmetrically applied rosettes are decorated with pearls and gemstones. The canon of colours, white, red, green and blue, reflects the Hungarian national colours. With its three-dimensionality and opulent materials, the shield is a grandiose object illustrating Hungarian history.

The reliefs depict important scenes from Hungary’s 1000-year history and are framed by figures of the respective ruler.

2. Coronation of Stephen I as the first King of Hungary by Pope Sylvester II in the year 1000

3. Proclamation of the Golden Bull of 1222 by King Andrew II of Hungary

4. Act of homage to Maria Theresia as Queen of Hungary in 1740

In 1843, Albert Bachruch (1815-1866) established the firm that was taken over in 1869 by his son, Károly, who subsequently expanded the business. Hungarian sources also refer to a jewellery factory (ékszergyár). Since 1888, the firm has held the title of Imperial and Royal Court Jeweller. Károly Bachruch was raised to the Hungarian nobility in 1905/06 (documents on his ennoblement can be found in the Hungarian State Archives/Magyar Országos Levéltár, Libri regii LXXI. 607.). His wife was Emma Hirschfeld. They had two children, Adolf (born 1887) and Margit (1893-1954). The public recognition afforded the Bachruch family is indicated by Margit’s marriage in 1932 to Bálint Count Széchényi, who came from a very important family within the Hungarian aristocracy. 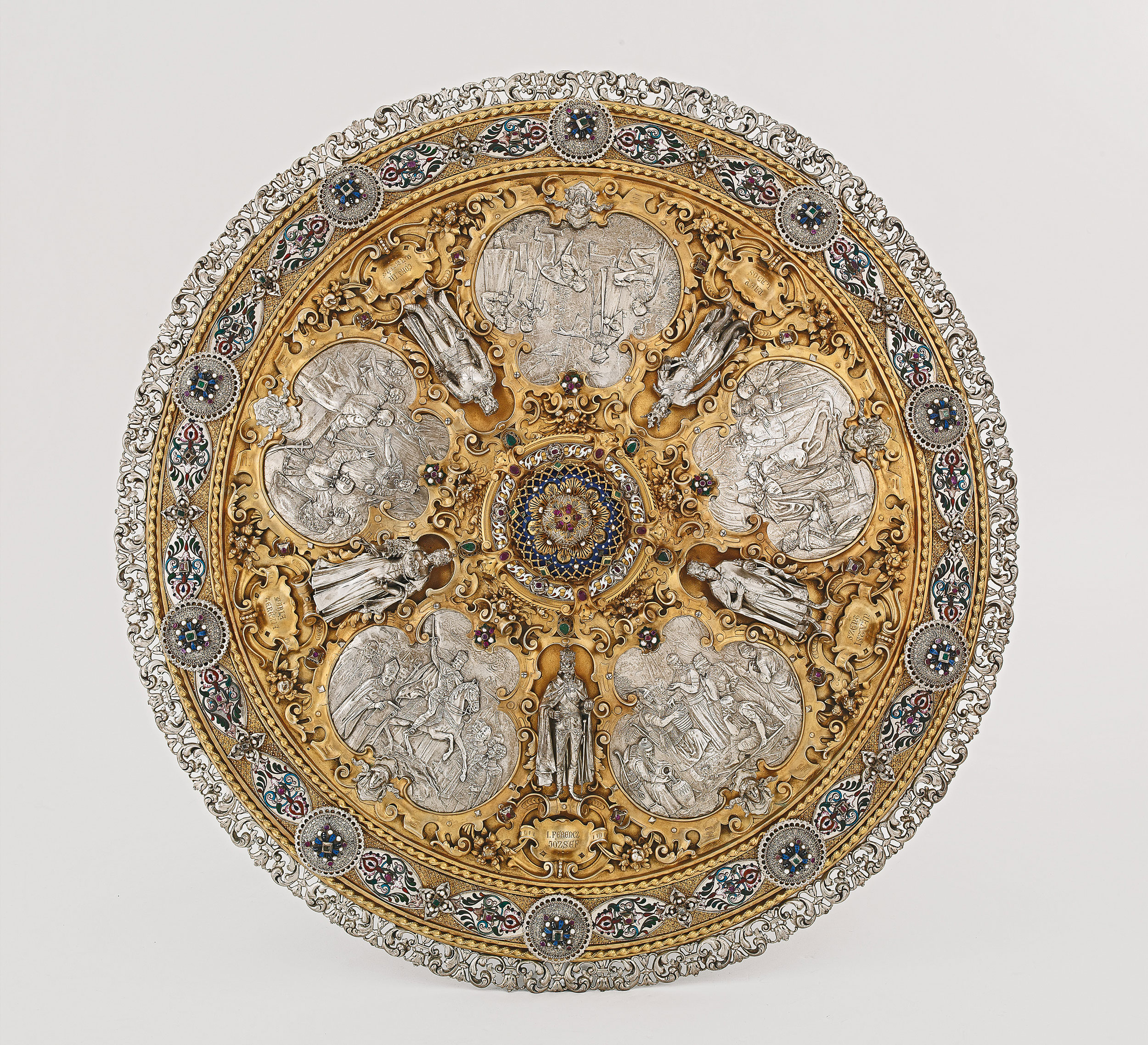 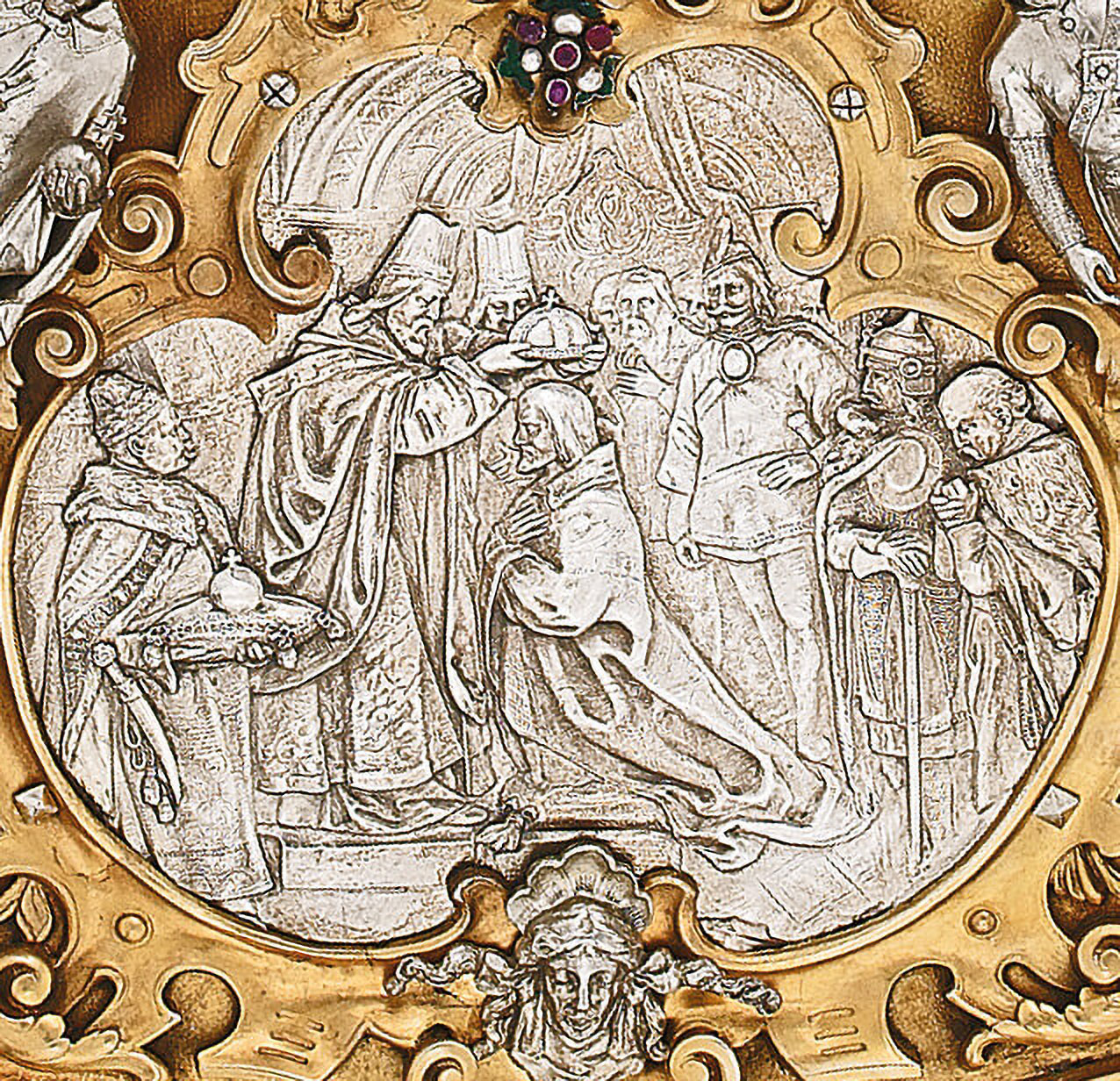 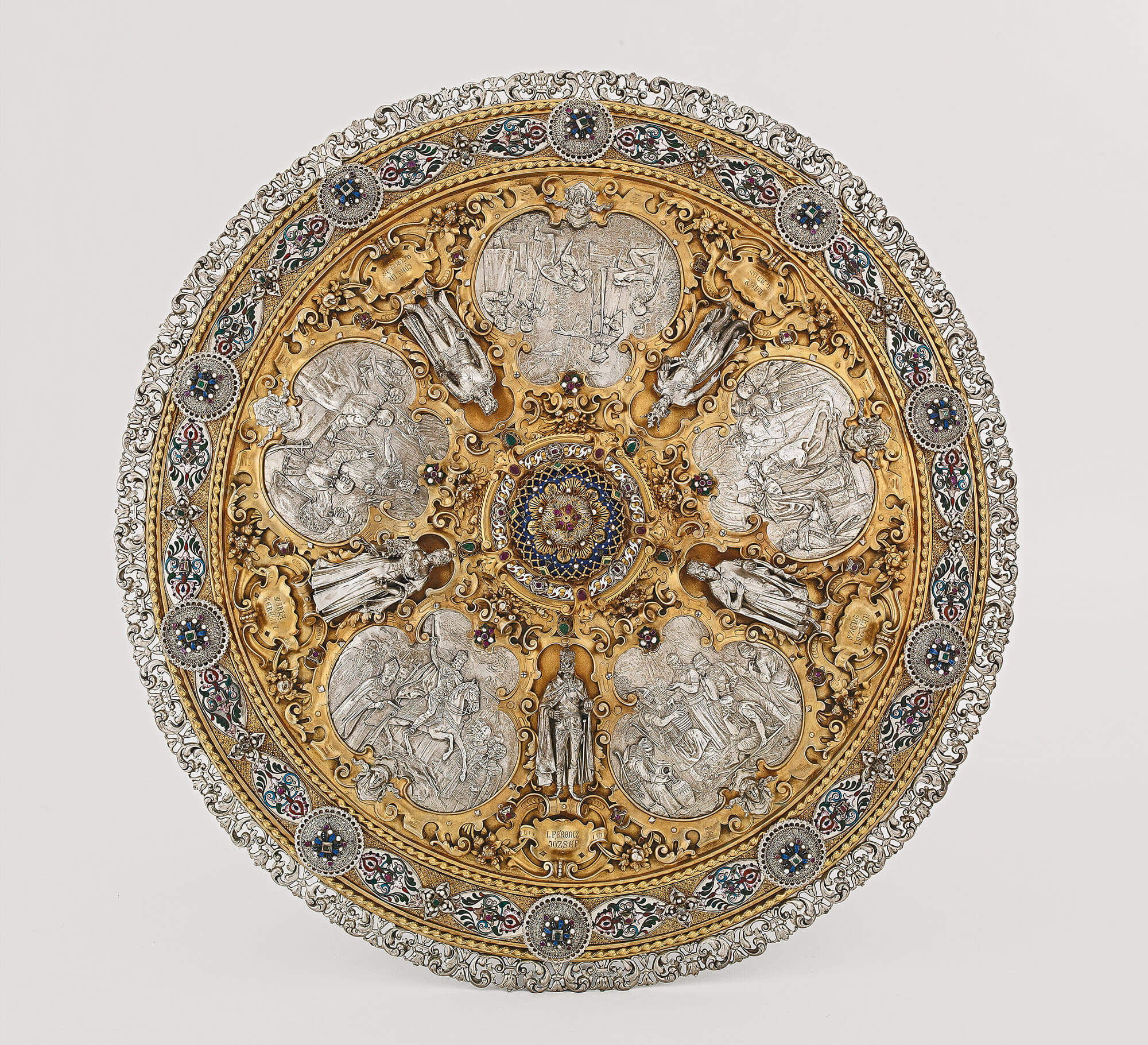