Triumph of the Sun 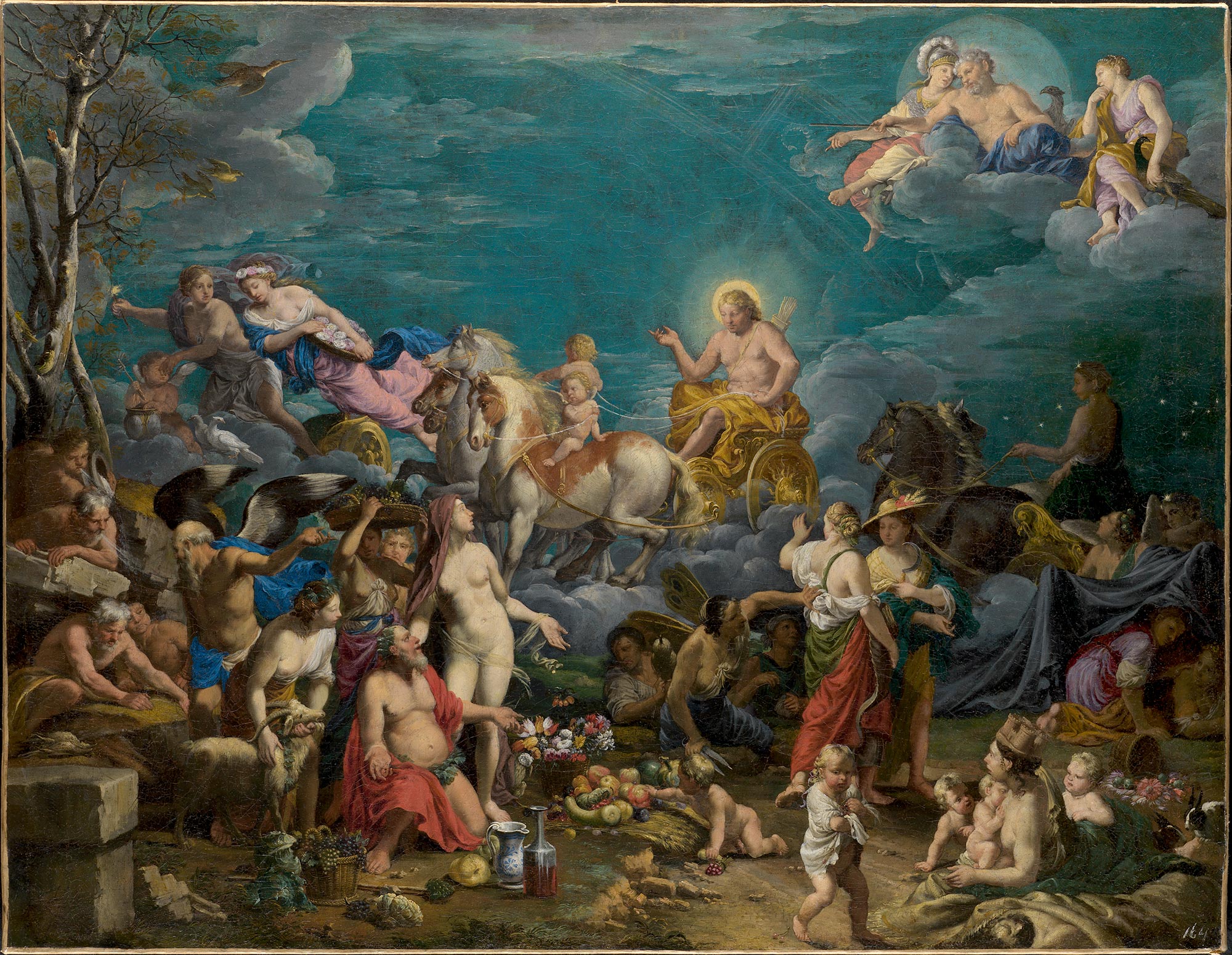 This multi-figure, allegorical painting by Johann Heiss is a lesson in German Baroque painting. At least twenty divine beings allegorise the four elements – fire, water, air and earth – and the four seasons. The all-encompassing driving force is the sun, which stands as the god Sol in a triumphal chariot in the centre of the composition.

It is very typical of the works of Johann Heiss that specific themes are treated by him in several variations. This is another such case; an unsigned painting, not quite as large, is described as follows in a monograph by Königfeld:

“The power of the sun over the seasons, the times of the day and the elements are symbolised in the form of a complex pictorial riddle. Sol-Helios dominates from clouds, standing in a quadriga and storming ahead of the morning star and the aurora, announcing the onbreak of day. Behind him is the wingèd night, in the darkness of which a faun and a woman indulge their lust in the shadows. Above them, Selene the moon goddess follows behind Sol. Mercury-Hermes behind her is also the god of sleep and dreams (Hunger 1974, p. 177). The unswerving movement of the sun is indicated by the zodiac rising from the left (Panofsky 1962, p. 93), the signs of which – Libra, Scorpio and Sagittarius – stand for the season of autumn (Seznac 1990, p. 39). Minerva, who has seated herself on the zodiac, brings mortals the plough (Hunger 1974, p. 74). On clouds to her right, there is Jupiter, representing fire, and his spouse, Juno, personifying the element air.

In the ground zone, various allegorical figures turn to Sol, who appears as a symbol and guarantor for all life on earth, and as a source of light and warmth: on the right, Ceres with her children, whose role as dormant springtime earth is symbolised by a man sleeping under a hide covering, their fertility by hares (Henkel/Schöne 1967, p. 483; cf. Tervarent 1958, col. 24 on hares as a symbol of fleshly lust).

Flora, the goddess of flowers and blossoms, has a direct relationship with Ceres. The barren area that extends from her to the middle suggests the heat of the summer sun that scorches everything in its path, but also allows fruits, cereals and flowers to sprout.

A female nude with a dark cloth about her head and shoulders, presumably Proserpina, the daughter of Demeter (Hunger 1974, pp. 101 f.), who tarries under the ground during the summer months and does not appear until the beginning of autumn, offers Sol gifts from the earth, with which an earth child is playing. A second nude brings grape vines to Ceres. Autumnal creatures gather around the kneeling, adoring faun, the patron of farming and of herds, who points to carafes filled with intoxicating wine. A shepherdess leads a goat, the faun’s animal, while satyrs and women carry grape vines. To the left there are earthly beings and gods of springs, who stand for the element water, around the winged personification of winter, in whose figure Chronos and Saturn and hence the vanitas theme are associatively combined (Möller 1954, col. 765 f.; Bialostoki 1966, p. 195)”. 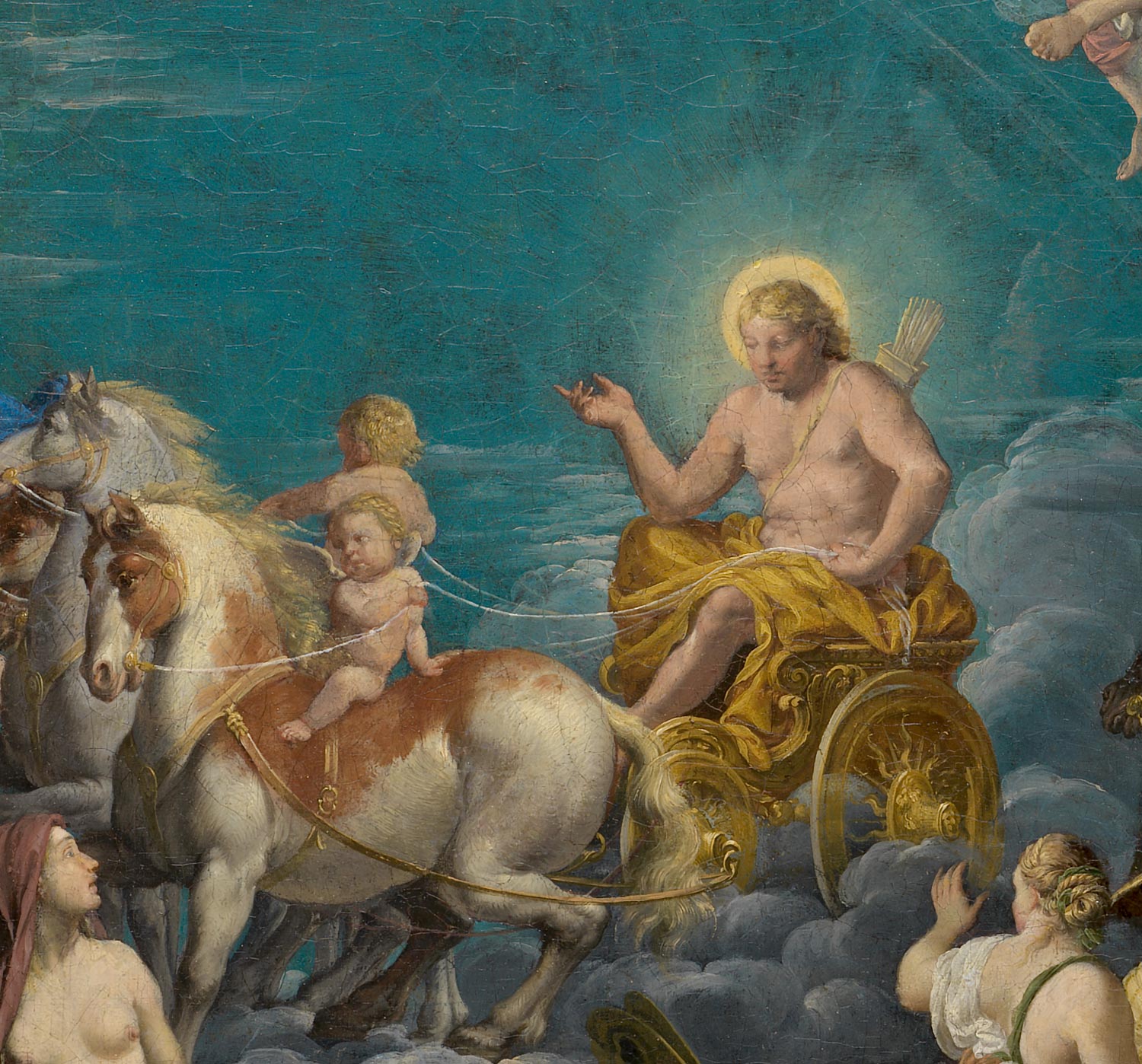 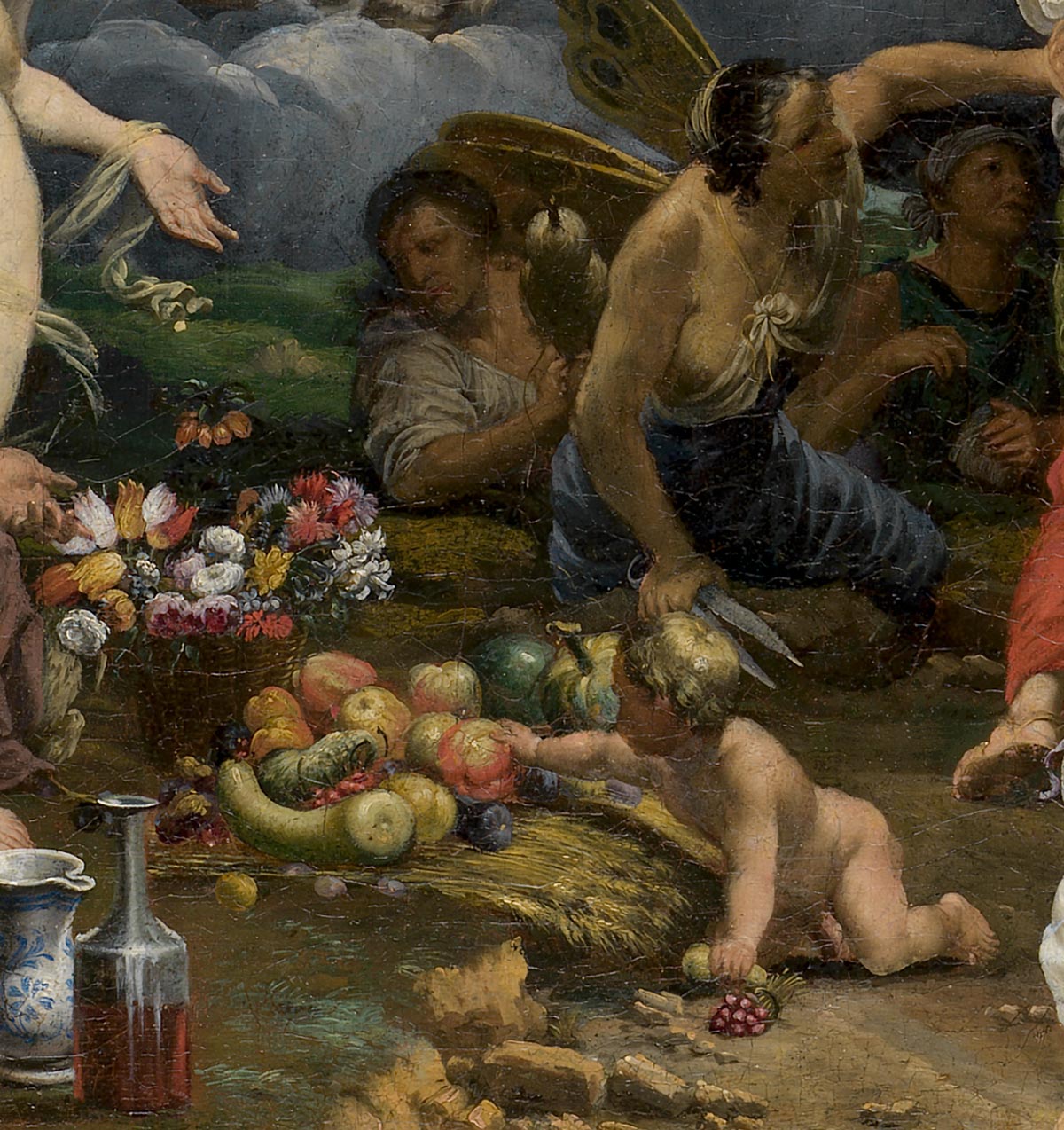 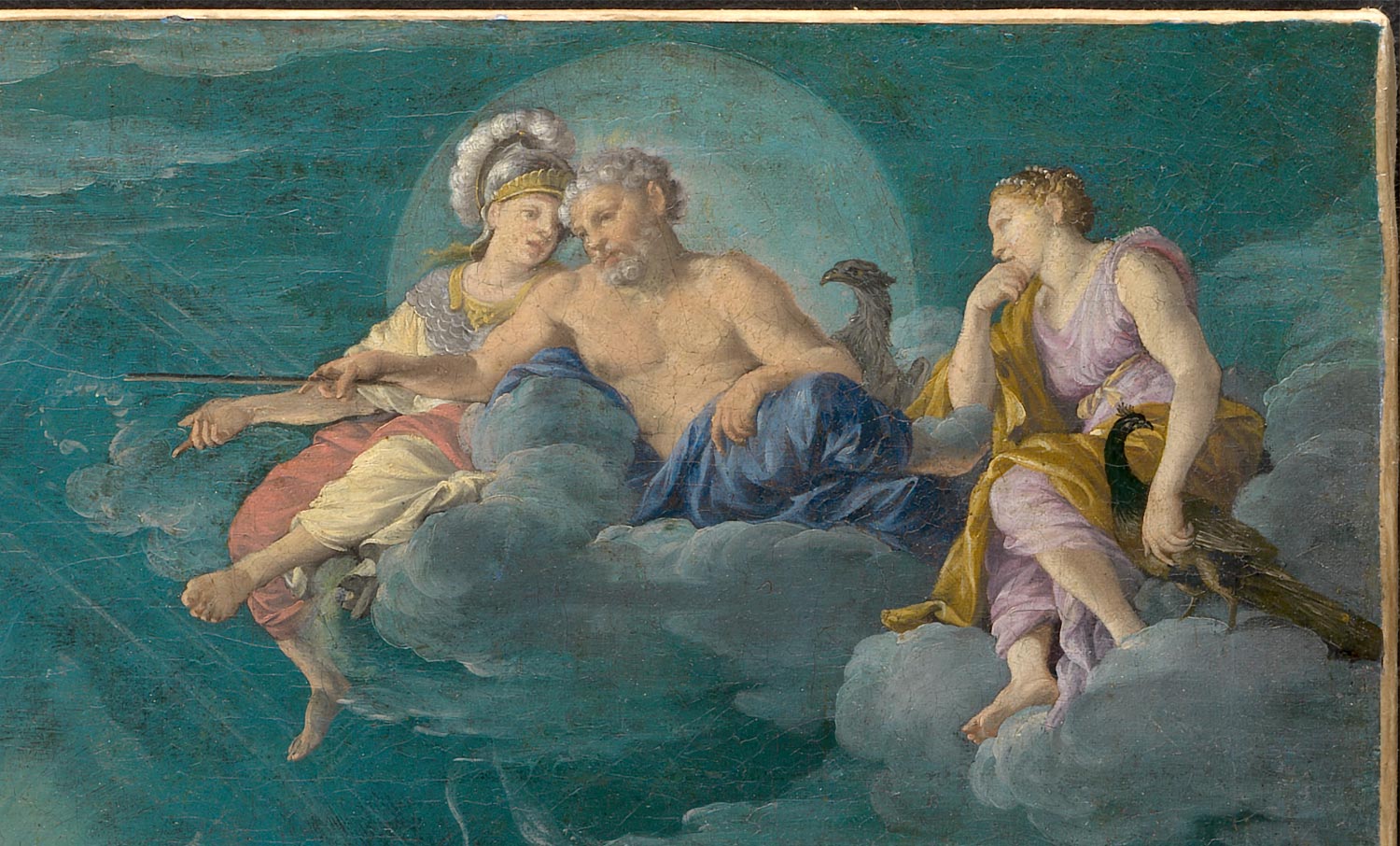