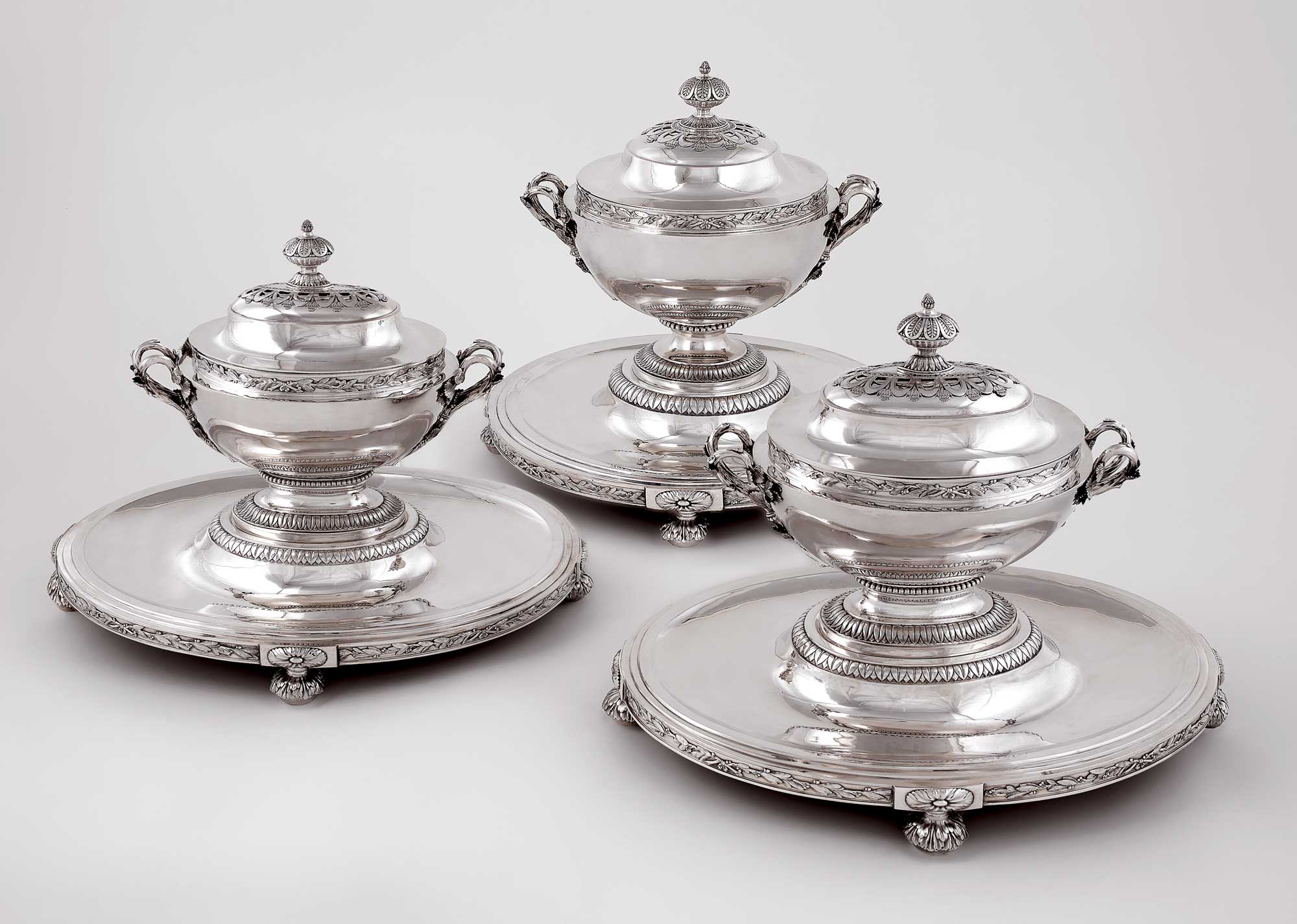 Master’s mark and hallmark on the présentoirs, on base rims of the tureens, on lids and on one of the linings, on both handles of the one oval tureen and on one handle of the second oval tureen.

This ensemble of courtly table decorations comprises three components, namely two oval lidded tureens and a large, round tureen, each composed of four parts – a vessel with a handle on either side, a lid with a die-cast knob, the lining of the tureen itself and a présentoir. It is a great stroke of luck that the oval or round “doublures” are still preserved, in which the meals were fetched from the kitchen and inserted into the heavy silver tureens on the table. The smooth reflecting walls, the restrained décor and the very clear language of form expressed by the large vessels, created in 1788, make them typical examples of early Viennese Classicism.

The large, round tureen is a “pot d’oille”, the centrepiece of a dining table. Its shape is that of a deep, round bowl with two handles and a knobbed lid. They were originally designed especially for the favourite dish of Louis XIV, the king of France – a Spanish casserole. Like the surtout, these impressive pieces adorned the centre of the table until the meal was over. Two of the tureens in this group are oval in shape.

Ignaz Sebastian Würth (1746-1834), son of Franz Caspar Würth, was from a renowned family of Viennese goldsmiths. He became a master goldsmith in 1769 and in 1827 was granted the title of “Court Silversmith”. His tax payments indicate a substantial volume of production. His workshop existed for more than 50 years, so he worked not only in Rococo forms, but also, in later life,in the style of Classicist Viennese goldsmithing art, of which he was an exemplary representative.

At recent exhibitions in New York and Vienna showing the state service of the Duke of Saxony-Teschen, works by Ignaz Sebastian Würth included a chocolate pot for Emperor Joseph II (ca. 1780) and a sanctuary lamp (ca. 1770). He was commissioned to make the tureens by Maria Theresa’s youngest daughter, Marie Antoinette, and they formed part of the trousseau with which she travelled to France. Shortly before she reached the Austrian border, the Dauphine donated this valuable work of goldsmithing art to the pilgrimage church in Burgau. Ignaz Sebastian Würth was also commissioned by the imperial family to make a silver antependium for the main altar of the pilgrimage church in Mariazell, but unfortunately it was melted down as early as 1793. Important table silver made by Würth includes the pair of tureens dating from 1781, formerly part of the silver collection of the Dukes of Sachsen-Altenburg and now in the Winterthur Museum in Delaware (USA).

Further evidence of Würth’s renown as a goldsmith – even by European standards – was the commission granted by the Hanover court to present designs for a state table service for King George III of Britain. Although it was ultimately Robert-Josephe Auguste, a Parisian goldsmith, who was entrusted in 1776, after due deliberation, with actually making the table service, Würth’s reputation as the best European goldsmith of his day was crowned in 1799 when he was commissioned to add a mirrored centrepiece and some other items to the service. This group of three tureens by Ignaz Sebastian Würth, which has been preserved in its entirety, was no doubt a similar royal or aristocratic commission and provides further evidence of the great artistic skill of Würth’s workshop. 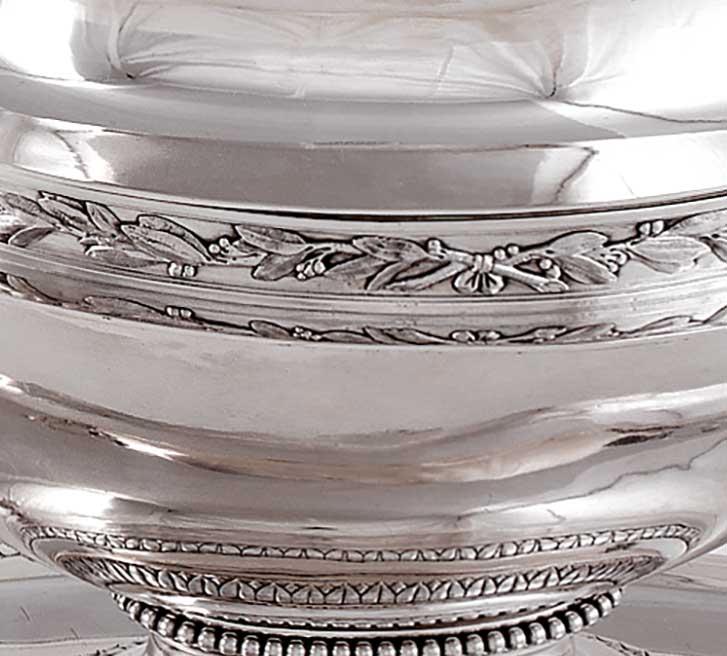 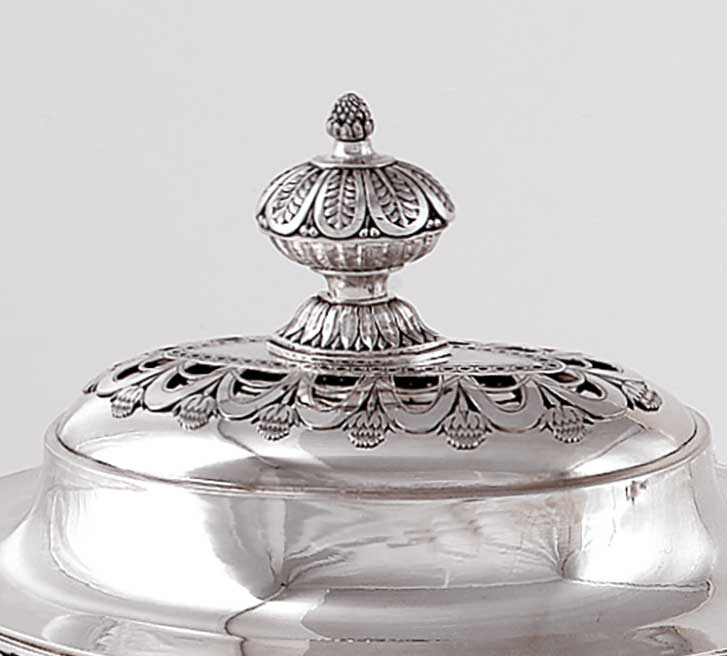