Silver, gilt on the inside 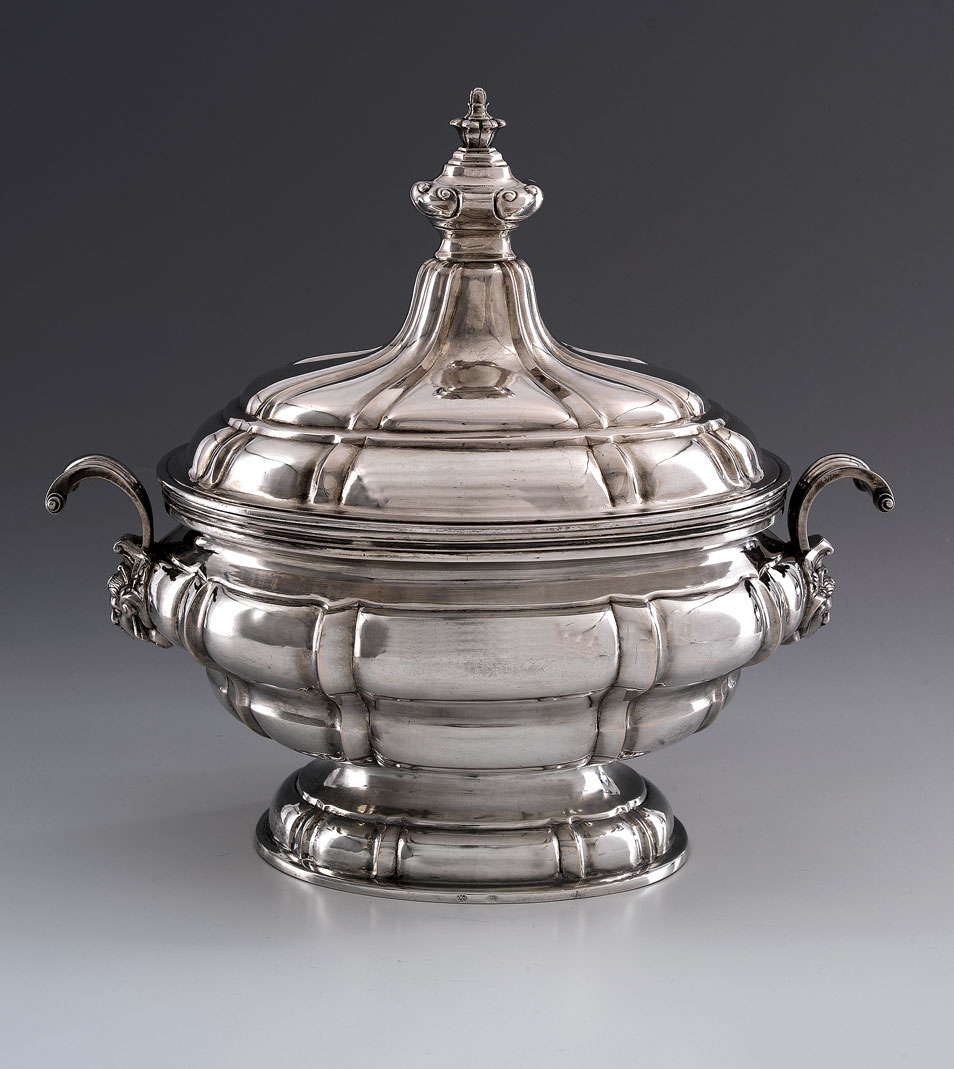 There are marks on the rim of the lid and on the base ring.
This princely table setting item is a heavy silver lidded tureen with an Osnabrück hallmark and the master’s mark of Georg Hermann Pölking, an important goldsmith of his time. Courtly table silverware came to the fore in regions with great aristocratic culture and in rulers’ palaces. Berlin, Dresden and Augsburg may be considered as three centres in this respect. This tureen is a vivid illustration of the fact that the city of Osnabrück contributed likewise to such palatial culture and that this particular region, with its aristocratic families, had achieved economic prosperity.

This large, prestigious tureen impresses with its harmonious proportions, as manifested by its curving vertical features and its horizontal stratification of base, body and lid. Like a sculpture cast as a single piece, it rises with flowing contours, without any functional subdivision being perceptible on account of the vessel’s rim.

The handles on the sides are open volutes that are scrolled at their ends. Mascarons in the form of women’s heads are applied under them as the only ornamental decoration of the vessel’s body. They are framed by strapwork embellishments – a key indicator for dating this work of goldsmithing art.

The lid, which is executed analogously to the vessel body, tapers upwards like a bell and is crowned by a sculpturally cast knob that restates the design of the tureen in abstracted form. Its predominant decorative elements are reciprocal pairs of volutes and a stylised blossom rising above a stepped structure. 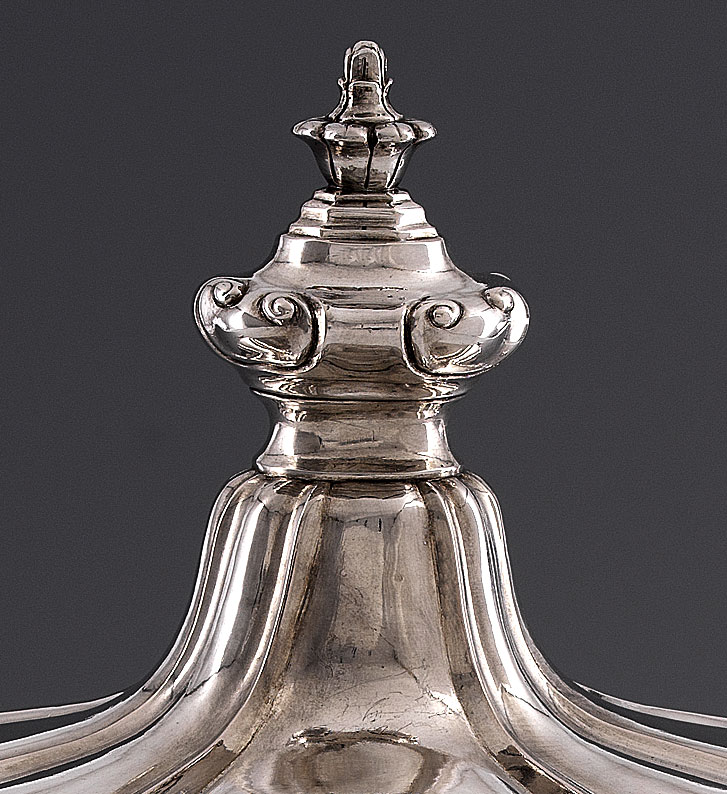