Berain Grotesques with Elephant and animal tamer, dancer and musician

Berain Grotesques with Elephant and animal tamer, dancer and musician 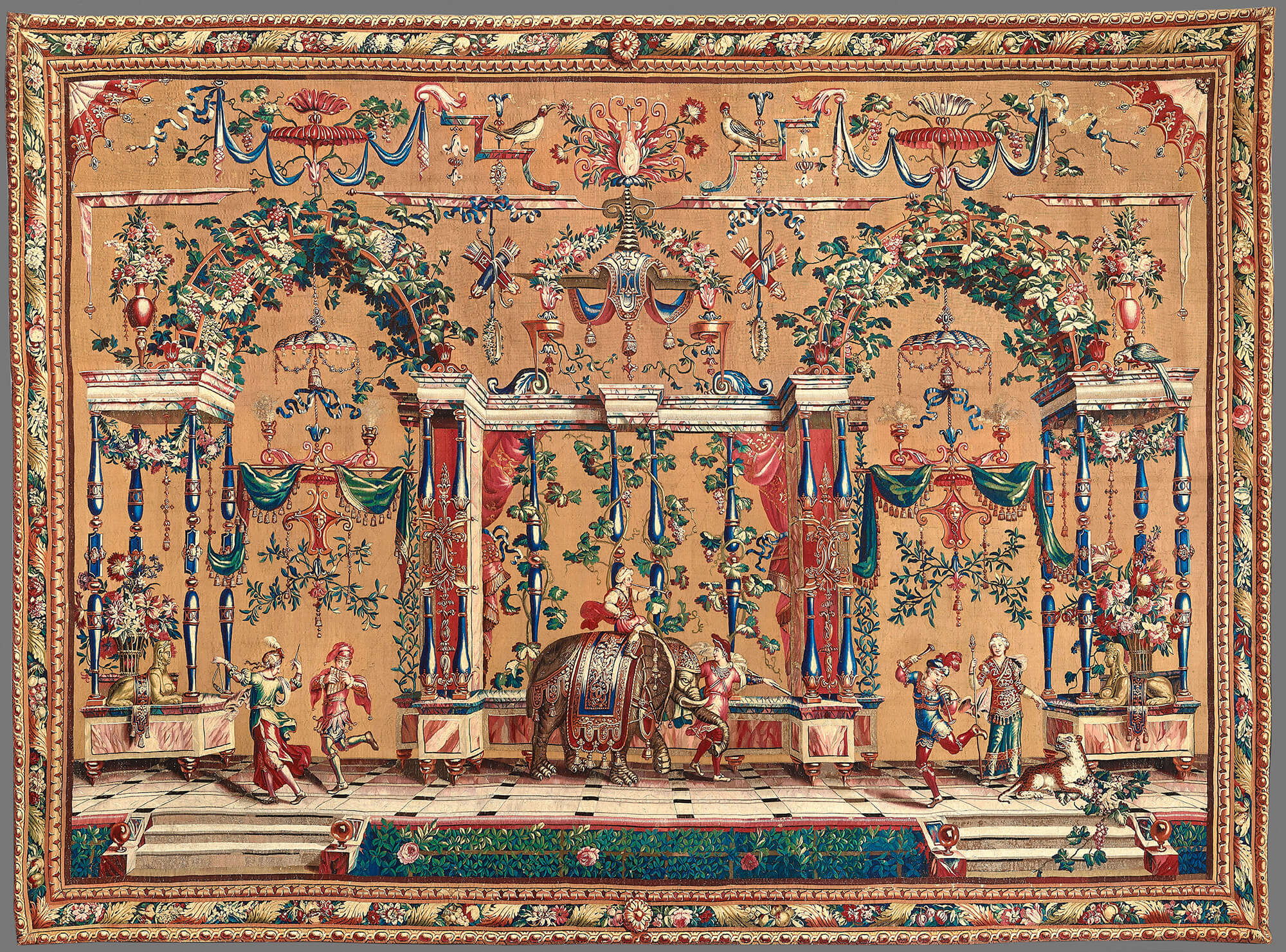 This tapestry called "Grotesques" was woven at the Beauvais factory, under the direction of Philippe Béhagle (1641-1751), at the end of the seventeenth century and in the first third of the eighteenth century.

Presenting musicians, acrobats, and exotic animals within a fanciful architectural setting, this tapestry is from a set known as the Berain Grotesques, in reference to the pervasive stylistic influence of Jean Berain (1640–1711), who may even have provided preliminary sketches. The Classical architecture, flora, fauna and figures against the blank ground was in emulation of the Roman wall-paintings excavated in the subterranean chambers of Nero's palace in Rome (erroneously called 'grotti', hence 'grotesques'.) The light-hearted subject matter and whimsical design contrast with the heavier, ornate style that had characterized French tapestry during the third quarter of the seventeenth century. The series enjoyed immense popularity during the late seventeenth and early eighteenth centuries, and the Beauvais workshop produced many weavings for international clients.

This tapestry set is composed of six panels, The Elephant, The Dromedary, Offering at Bacchus, Offering of Pan, The Musicans and The Animal Tamers. It could be woven with a border or without border, to be inserted in a decoration of woodwork.

The Metropolitan Museum of Art has a set of five, one which has Behagle’s signature in the border, as well as a single piece from another set from the Berain Grotesque. This tapestry have the border of the “Elephant” and the same height of ca. 305 cm. (Edith Appelton Standen, European Post-Medieval tapestries and related hangings in the Metropolitan Museum of Art, vol 2, New York 1985, p. 455-457). She wrote: “No tapestries that be positively identified as from the same set as 64f have been located”. Now we can see that these two tapestries come from the same set. And two another Grotesque tapestries with the same border (dim.: 316 x 473 cm and 324 x 283 cm, are at Kronborg Castle, Helsingor (Denmark). 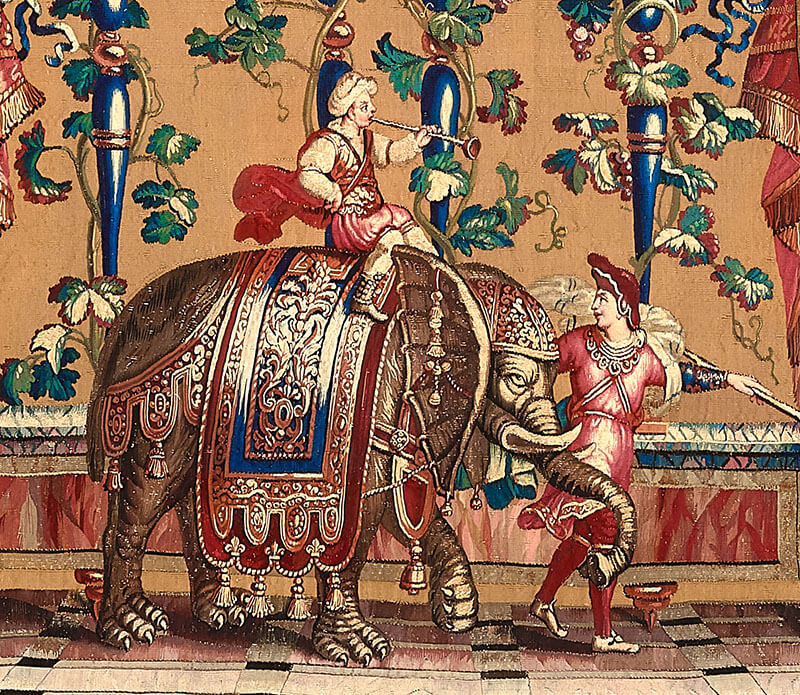 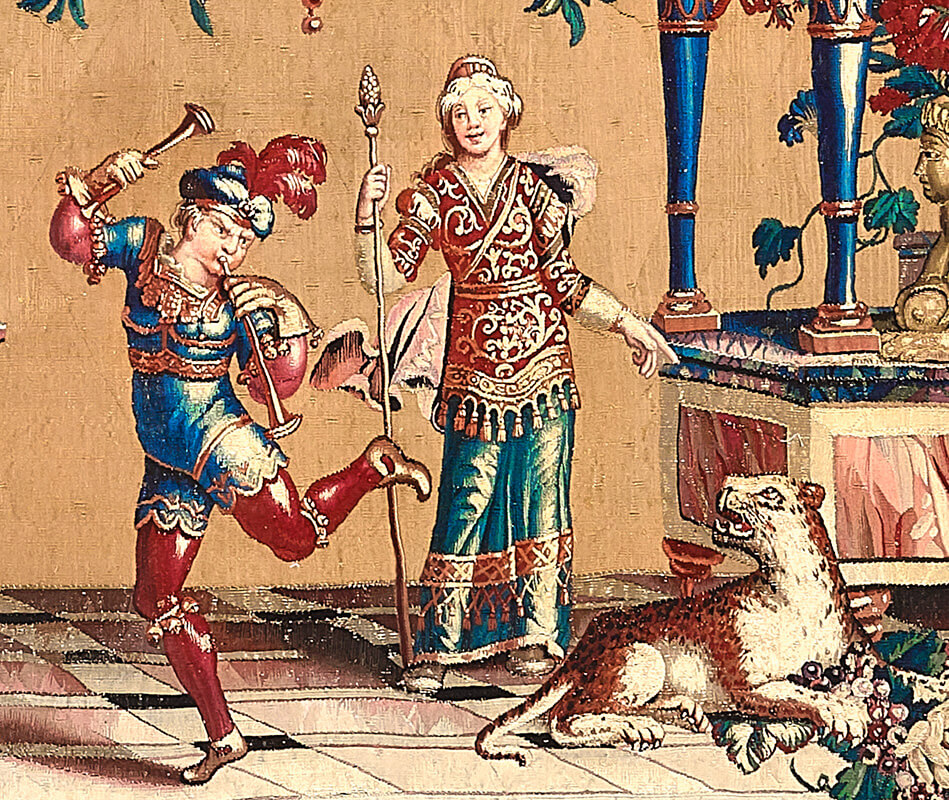 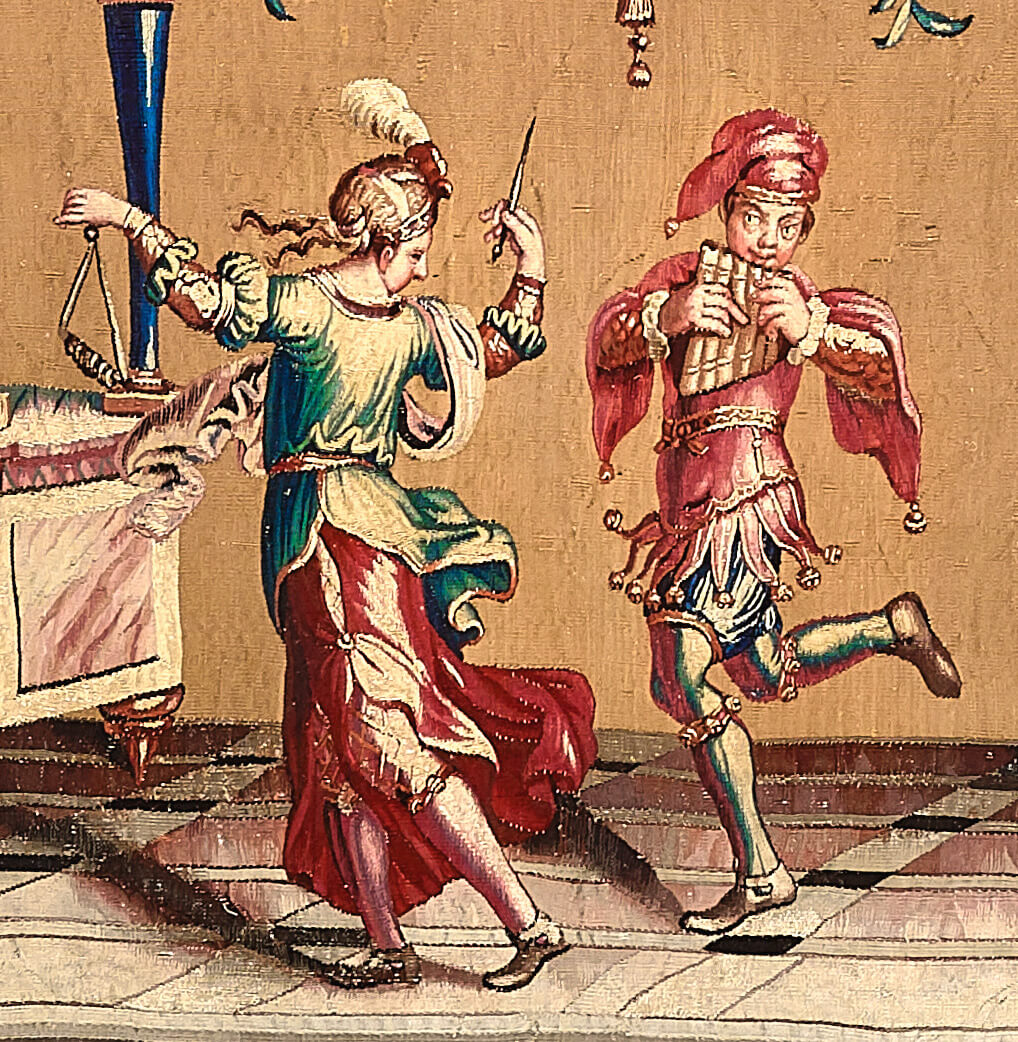