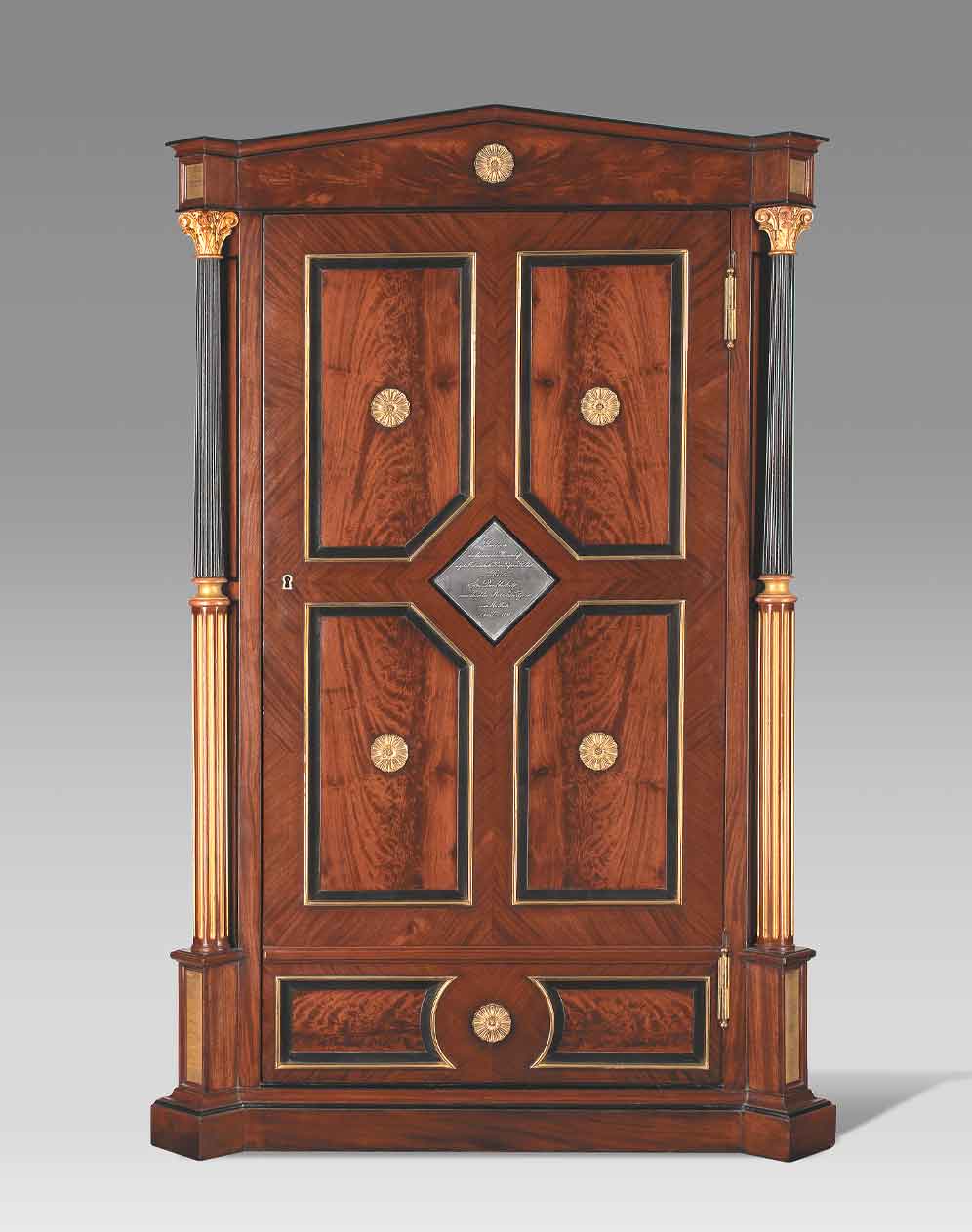 This cabinet by Lebert belonged to a well-known family of Breslau physicians that changed its name in the 19th century from Levy to Lebert in the course of Christianisation. The most famous member was Hermann Lebert (Breslau 1813-1878 Bex), a pathologist and physician. After studying in Berlin, Zurich and Paris, he was a professor at the Medical Hospital in Breslau from 1859 to 1874. His father was Isidor Jacob Lebert, a Geheime Medizinalrat who received this collector’s cabinet in 1809, possibly as an expression of gratitude for his skills as a doctor.

The dedication plaque on the furniture, which mentions both the owner and the maker by name, is unusual and very rare. This stroke of luck makes it possible to identify this item of furniture as having been made in Silesia.

An unusually precious piece of furniture was created here, very much in the spirit of the Classicist vision of art and a successor to the works of David Roentgen, the famous German ébéniste. The smooth front of the cabinet, topped by a triangular pediment, rises from a slightly protruding plinth with multiple profiles and lateral, fluted columns placed around the corners. The front consists of a door which is attached by two hinges on the right and is structured into six panels and a silver dedication plaque in the middle. The interior of the cabinet discloses the original function of the furniture. Fourteen narrow drawers, each with two handles, are revealed.

Such items of furniture were collector’s cabinets, for example for coins or drawings. This type of furniture originally came from princely Kunstkammers. Emperors, kings and princes had been creating chambers of art and natural treasures since the Middle Ages. Medals and coins were also collected from a very early period onwards. The bourgeoisie adopted this passion for collecting and needed places to keep their collections, such as this item of furniture, whose purpose and valuable contents are not immediately apparent from the outside. 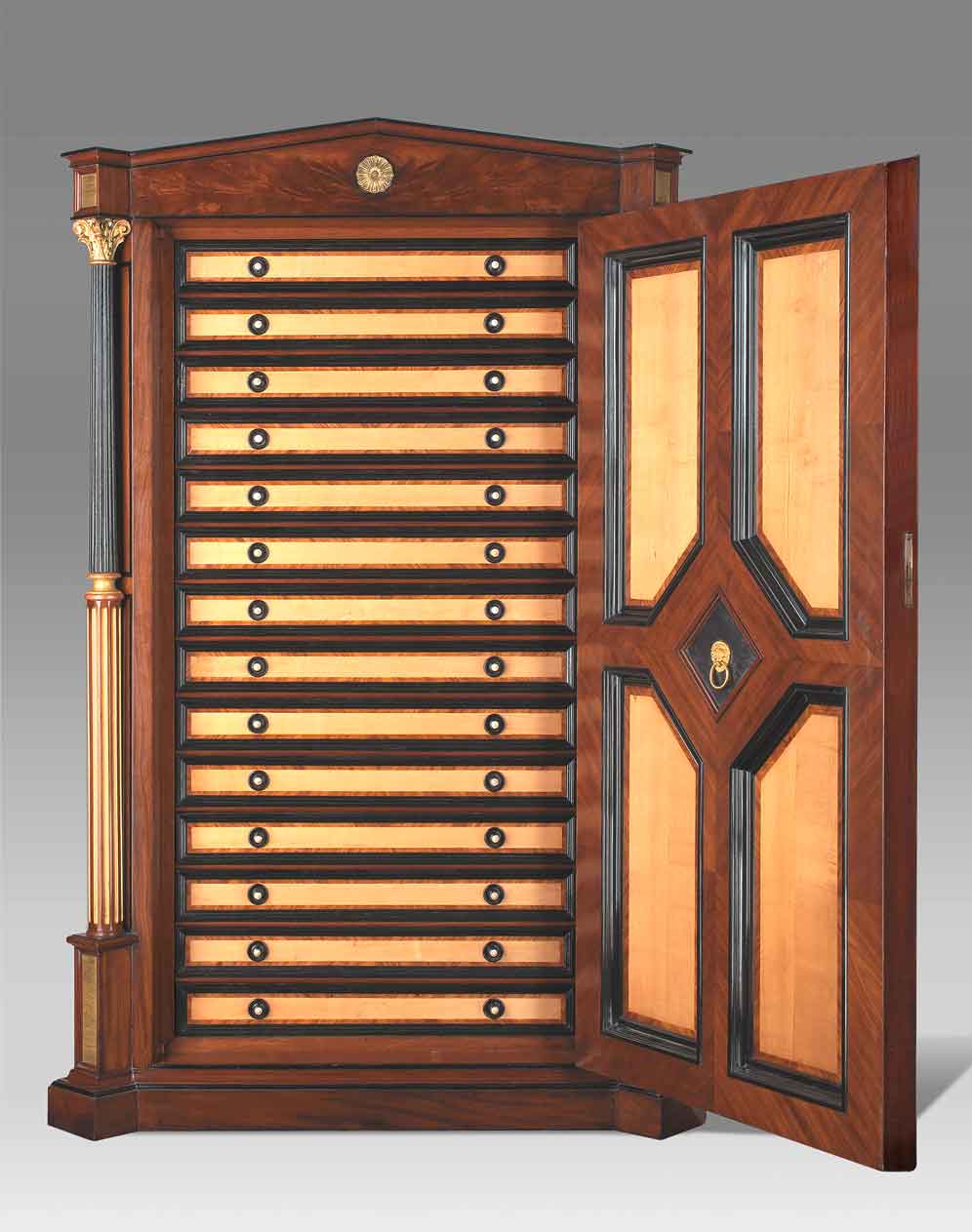